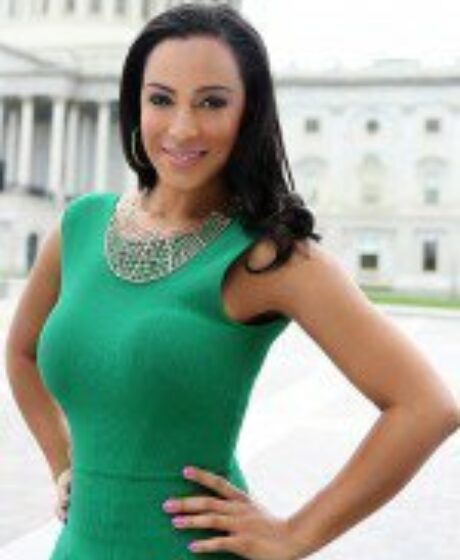 Senior Advisor and Counsel to the House Committee on Homeland Security under the leadership of Congressman Bennie G. Thompson (D-MS), Chairman. There she was charged with developing the general political strategy for the Committee with a focus on streamlining government contracting practices and opening doors of opportunity for small businesses.Angela Rye is Principal and CEO of IMPACT Strategies. Developing tailor-made solutions for high profile clients, Rye is highly sought after for her practical, commonsense approach to political strategy, issue advocacy, and public engagement. Featured as an influential politico, lawyer, and advocate by several publications and outlets from Marie Claire to Ebony and the Washington Post, Rye has an unwavering commitment to ensuring positive change in the political process. As a respected political strategist, Rye is often called upon for her candid, timely commentary on a multitude of topics. She is a regular on-air personality on several media outlets including BET, CNN, MSNBC, and TV One. The depth of her dialogue ranges from political campaigns to more complex legislation that bears long-term implications nationally and internationally. Across the Nation, Rye engages in challenging conversations with private sector leaders, civil rights advocates, social justice proponents, and community organizers. She has become a critical voice of conviction on many of the most pressing issues of our time including national politics, race in America, criminal and social justice, and other public policy issues.

Rye served as the Executive Director and General Counsel to the Congressional Black Caucus for the 112th Congress. In her role as Executive Director, Rye was tasked with developing the overall legislative and political strategy for the Caucus. Prior to her tenure with the CBC, she served as

Rye has over a decade of experience in government contracting, homeland security, civil rights, higher education, political fundraising, strategic communications, and issue advocacy. She currently serves on the boards of the Congressional Black Caucus Institute, the Seattle University School of Law Alumni, Women in Entertainment Empowerment Network, serves as a senior advisor to the Government Technology and Services Coalition, and is a member of The Links, Incorporated, National Bar Association, American Bar Association, and the Washington Government Relations Group. Upon moving to the Nation’s Capital, Rye co-founded IMPACT, an organization that seeks to encourage young professionals in three core areas: economic empowerment, civic engagement, and political involvement. The organization has quickly become a powerful voice and advocate for today’s young professionals of color nationwide. Under her leadership, IMPACT formed critical partnerships with the National Bar Association, Congressional Black Caucus Foundation, National Urban League, Rainbow PUSH, Congressional Black Caucus Political Education and Leadership Institute, Black Leadership Forum, and many others.

Rye began her career in legislative advocacy at the National Association for Equal Opportunity in Higher Education (NAFEO), an umbrella association for the Nation’s 120 historically and predominately black colleges and universities on Capitol Hill and with the Executive Branch. At NAFEO, she served as the Coordinator of Advocacy and Legislative Affairs. Prior to NAFEO, Rye worked as a Legal Extern in the Los Angeles office of Congresswoman Maxine Waters (D-CA). While working in the district office, Rye assisted in the mobilization and organization of community members to make a difference locally. Rye also served as the Western Region Director for the National Black Law Students Association (NBLSA) where she managed and supervised the Regional Executive Board.

With a deep passion and reputation for advocacy, Rye has always been committed to shoring up efforts to increase knowledge of the political process for her colleagues, peers, and others nationwide. Born and raised in Seattle, Washington, Rye learned the importance of advocacy through her family’s political and community activism. She is a proud graduate of the University of Washington and Seattle University School of Law.