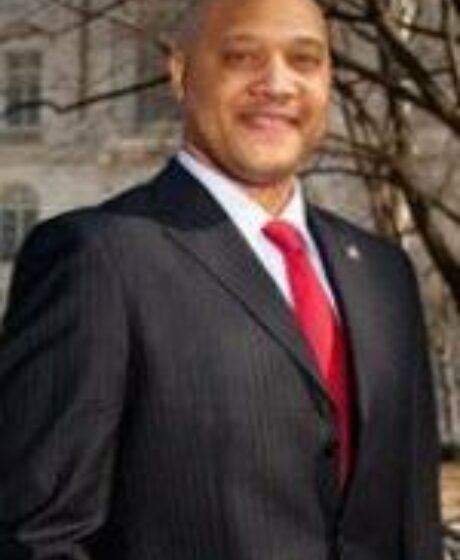 First elected to the U.S. House of Representatives in early 2008 as part of a special election, Congressman André Carson was voted into his first full term in Congress in November of 2008. Since that time, the Congressman has been recognized for his commitment to the job, with the Indianapolis Star writing that he has “[proven] himself to be relentlessly positive and seriously hardworking.”

Congressman Carson is focused on improving the quality of life for hardworking families and individuals across Indianapolis by helping provide them with the tools and resources they need to lift up their communities and expand economic opportunity. He has stood strong to protect and create well-paying jobs for Hoosiers, helping to secure more than $100 million in federal resources for the 7th Congressional District. These funds are now being invested throughout Indianapolis, putting thousands of people back to work, improving and modernizing public housing developments, rebuilding roads and critical infrastructure, and investing in groundbreaking technology in the field of health care and clean energy.

The Congressman has worked to ease the tax burden for small businesses and has authored legislation to increase the opportunities for minority- and women-owned businesses and improve their access to capital. To aid Indianapolis neighborhoods in their battle against the growing number of crime-ridden abandoned houses, Congressman Carson successfully secured $37million in federal funding to revitalize troubled properties into affordable housing opportunities.

Congressman Carson serves on the prestigious Financial Services Committee, which oversees all components of the nation’s housing and financial services sectors including banking, insurance, real estate, public and assisted housing, and securities. In this role, Carson has worked to tighten federal regulations over financial institutions, helping to pass Wall Street Reform, which ends government bailouts and the risky lending practices that almost destroyed our economy.

He helped pass the historic health care reform law, which provides families and businesses with more health insurance options and makes health care more affordable and accessible for tens-of-millions of Americans. Carson has put Hoosier children first by helping to pass critical legislation that protected thousands of teaching jobs, and he’s put his past law enforcement experience to work to make our neighborhoods safer by strengthening the federal COPS program that put an additional 50 police officers on patrol in Indianapolis neighborhoods.

Congressman Carson got his political start serving on the Indianapolis City-County Council, where he worked to improve schools, support local businesses, and promote prosperous neighborhoods for families across Indianapolis. He also served as a board member of the Citizens Neighborhood Coalition and the Indianapolis Parks Kennedy-King Park Advisory Board, where he turned his attention to the development of safe parks and thriving community organizations.

Before his career as an elected official, Carson devoted himself to law enforcement and protecting Hoosiers across the state. He first served as a Local Board Investigative Officer for the Indiana State Excise Police for nine years covering 22 counties before being detailed to the Indiana Department of Homeland Security’s Intelligence Fusion Center in 2006 where he worked in an anti-terrorism unit to protect Indiana and the United States from terrorist threats at home and abroad.

Congressman Carson’s love of public service was shaped, in part, by his grandmother, the late Congresswoman Julia Carson, who taught a young André the values of compassion, integrity, and determination. Growing up in a rough area of Indianapolis, Carson passed by drug dealers and gang members on his way to school. These experiences are responsible for his unyielding commitment to improving our schools, make our neighborhoods safer, expand educational opportunities, and give all of our children the help they need to become successful adults.

Congressman Carson is a graduate of Arsenal Technical High School, where his passions for law enforcement and public service first took hold. He’s earned a Bachelors degree in Criminal Justice Management from Concordia University-Wisconsin and a Masters in Business Management from Indiana Wesleyan University.

Congressman Carson is married to Mariama Carson, an award-winning professional educator in the Pike Township School District. They are the proud parents of a three-year-old daughter, Salimah, and have lived in Center Township for more than five years.