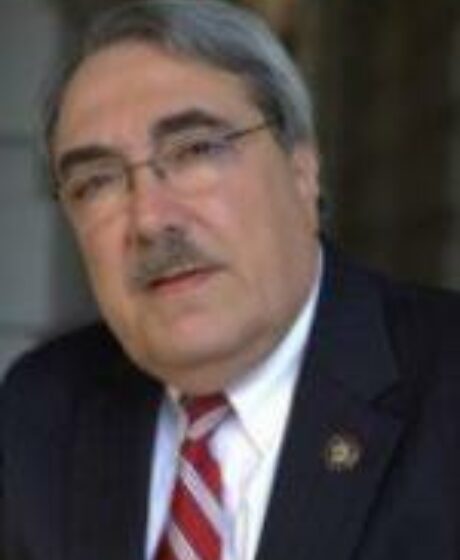 Congressman G. K. Butterfield is a lifelong resident of Wilson, N.C., and has served the people of the First Congressional District of North Carolina since 2004. His father was a well-respected dentist and elected official in Wilson, N.C., and his mother was a classroom teacher for 48 years.

For 14 years, Congressman Butterfield practiced law in his home community, and was best known for his success with several eastern North Carolina voting rights lawsuits that resulted in African-American communities having the ability to elect candidates of their choice to public office.

In 1988, Congressman Butterfield was elected Resident Superior Court Judge for the First Judicial Division. For the next 12 years, he presided over civil and criminal court in 46 counties across North Carolina.

In February 2001, then-Judge Butterfield was appointed to the North Carolina Supreme Court but was defeated in the November 2002 election. After his defeat, he was then appointed to the Superior Court bench and resumed his duties as a trial judge.

After serving 15 years as a state judge, in 2004, Congressman Butterfield retired after being selected as the Democratic nominee in the special election to fill the unexpired term as U.S. Representative for North Carolina’s First Congressional District. He was first elected on July 20, 2004, and continues to serve today.

In the 110th Congress, Congressman Butterfield became part of House leadership with an appointment as a Chief Deputy Whip. Chief Deputy Whips are responsible for helping to formulate policy and for ensuring the passage of legislation.

Congressman Butterfield is the first Democrat from North Carolina to serve as a Chief Deputy Whip and continues to serve in this position today.

Congressman Butterfield serves on the powerful House Committee on Energy and Commerce. He is a member of the Subcommittees on Health, Communications and Technology, and Oversight and Investigations. He previously served as the Ranking Democrat on the Subcommittee on Commerce, Manufacturing and Trade.

Congressman Butterfield is an honorably discharged veteran of the U.S. Army. His family includes adult daughters Valeisha, Lenai and Tunya; and son-in-law, Dahntay.