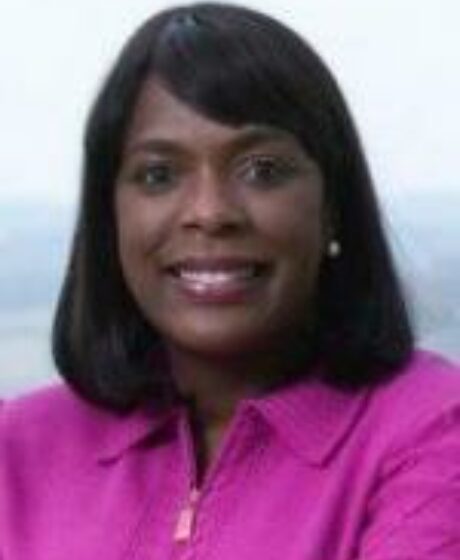 Congresswoman Terri A. Sewell was re-elected on November 6, 2012, to her second term with 72 percent of the vote. Congresswoman Sewell is one of the first women elected to Congress from Alabama in her own right and is the first black woman to ever serve in the Alabama Congressional delegation. As a proud product of Alabama’s Black Belt, Congresswoman Sewell has been an outspoken advocate for creating economic opportunities for her constituents in the 7th District since day one. The 7th Congressional District includes parts of the cities of Birmingham, Montgomery, and Tuscaloosa, as well as the counties of Alabama’s Black Belt-the heart of which is Congresswoman Sewell’s hometown of Selma.

In the 112th Congress, Congresswoman Sewell was elected by her fellow freshman Democratic members to serve as the President of the Freshman Class. In addition to serving as President of the Democratic Freshman Class, Congresswoman Sewell was selected to serve as a Senior Whip by House Democratic Whip Steny Hoyer (D-MD). This position provided her with a strong platform from which to advocate for constituents in the 7th District and families all across Alabama. Congresswoman Sewell’s Democratic colleagues elected her to serve as Regional Whip for Region VII. In this capacity, she was responsible for relaying concerns and questions about legislation from Members within her region to Democratic leadership. She sat on the House Committee on Agriculture as well as the House Committee on Science, Space & Technology during her first term.

In the 113th Congress, Congresswoman Sewell sits on the House Committee on Financial Services and brings to the committee her more than 15 years of experience as a public finance attorney. She was selected by Democratic leadership to serve on the distinguished House Permanent Select Committee on Intelligence. This committee is the House of Representatives’ key link to the Director of National Intelligence and the 17 agencies that constitute the Intelligence Community. In addition, Congresswoman Sewell was selected by Democratic Whip Hoyer to serve as one of his Chief Deputy Whips for the Democratic Party in the 113th Congress.

As a direct beneficiary of the sacrifices made during the Civil Rights Movement, Congresswoman Sewell was honored that her first piece of successful legislation recognized the “Four Little Girls” who tragically lost their lives during the 16th Street Church bombing in 1963. In January 2013, Congresswoman Sewell and Congressman Spencer Bachus (AL-06) introduced H.R. 360 to request that Congress bestow its highest civilian honor—the Congressional Gold Medal—to Addie Mae, Carole, Cynthia, and Denise. The bill passed unanimously in both houses of Congress and was signed by President Barack Obama on May 24th, 2013. On September 10, 2013, the week of the 50th Commemoration of the bombing, Congresswoman Sewell joined Congressional Colleagues and Leadership to posthumously bestow the Congressional Gold Medal to Addie Mae, Carole, Cynthia, and Denise in a Ceremony at the United States Capitol.

Congresswoman Sewell has placed getting Alabamians back to work on the top of her priority list. Her office has implemented a results-driven approach to addressing the unemployment crisis in Alabama’s Black Belt. This proactive jobs initiative began in the fall of 2012 when she hosted her office’s first Job Fair in Birmingham. In August 2013, she hosted her 2ndCongressional Job Fair in Selma and she plans to make this an annual event. In addition, her office has hosted job readiness workshops across the 7th District as a part of the workforce training initiative, Realizing Everyone’s Ability to Develop Yourself, also known as Project R.E.A.D.Y.

After graduation, Terri served as a judicial law clerk to the Honorable Chief Judge U.W. Clemon, U.S. District Court, Northern District of Alabama, in Birmingham. Terri began her legal career at the prestigious law firm of Davis, Polk & Wardwell in New York City, where she was a successful securities lawyer for more than a decade.

Congresswoman Sewell returned to Alabama in 2004 where she was a partner in the Birmingham law office of Maynard, Cooper & Gale, P.C. She distinguished herself as one of the only black public finance lawyers in the State of Alabama.